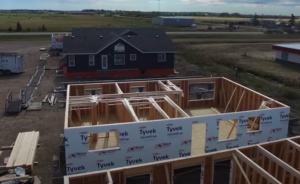 The homecomings mark a year of hard work. Since launching the Initiative, the communities have worked closely with Cenovus to develop funding agreements, prepare housing plans and advance procurement and construction of homes. Twelve homes were built and readied for move-in during 2020 and early 2021, with 38 more scheduled for completion by the end of this year.

As part of the Indigenous Housing Initiative, Cenovus has also launched a 24-week construction and trades readiness program in partnership with Portage College. Launched in March of this year, the program will teach home construction and maintenance skills to several members of the participating communities. Portage College developed the curriculum to ensure the program can be delivered virtually during the COVID-19 pandemic. Cenovus coordinated with the college to ensure every student has proper computer equipment and connectivity to the internet.

“We believe that the prosperity of our company is tied to the prosperity of the communities where we operate,” says Rhona DelFrari, Chief Sustainability Officer & Senior Vice-President, Stakeholder Engagement. “No one can focus on completing their education or reaching their economic potential without having a proper roof over their head. Our housing initiative is one way for us to play a more direct role in helping to improve the quality of life for people living in these communities and our hope is that we’ll inspire other companies, governments and organizations to join us in finding creative solutions to address the Indigenous housing crisis.”

At the end of March 2021, the project had achieved the following milestones: 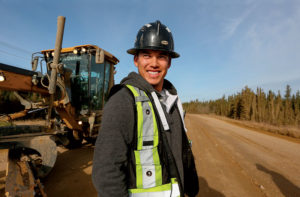 Industry-First Nations partnerships aren’t new, they just make more sense today than ever.
Heart Lake First Nation members traditionally lived off the land in the area that is now the Cold Lake Air Weapons Range. They were physically removed from there in 1953 by the federal government, closing the door on the traditional way of life of hunting and fishing. But the First Nation’s land is still the core of its identity and its future. As Heart Lake’s Chief Morris Monias puts it, “We lived off the land for generations. We still will, but in a different way.” A small community of about 200 members located 70 kilometres northeast of Lac La Biche, Alberta, at the southern end of “SAGD alley,” Heart Lake has 14 industry partnerships, mainly supporting oil sands development. Andy Popko, vice-president of aboriginal affairs with NCSG Crane and Heavy Haul Services, is an honorary chief of the Heart Lake First Nation for his work with the band to establish its first businesses many years ago. He says that aboriginal-industry partnering has come a long way since he designed Encana’s aboriginal program 20 years ago.“Certain companies have always understood that dealing with First Nations is advantageous,” Popko says. “So we’ve had aboriginal partnerships in drilling rigs, service rigs, camps and catering for a while, but now it’s all the other services that are looking at joint ventures with aboriginal groups.”When NCSG approached him with a job offer, Popko admits he was a bit embarrassed. In all his years, he’d never considered the crane business as much of a joint venture (JV) target.But of course cranes are a significant presence in any energy construction project, particularly in the oil sands, and Popko has made up a lot of ground since joining NCSG less than two years ago. It now has 18 JVs with First Nations and another six deals pending approval.“There are many JV opportunities out there,” Popko says. “It’s just a matter of companies deciding if this is a critical path to increase their business.”A winning relationship

Site Energy Services (SITE) is one of many firms that is expanding its aboriginal business JV program in western Canada. The company says that its site access and environmental and infrastructure services make it an ideal fit with some of the traditional services provided by First Nations contractors.

Recently, SITE put together JVs with the Fort McKay Metis and the Battleford Agency Tribal Chiefs (made up of seven aboriginal groups in Saskatchewan) and is currently working on a partnership in the Peace River region. One of SITE’s long-standing and most successful arrangements is with Heart Lake.

“We’ve been dealing with Heart Lake since 2006,” says Todd Anderson, SITE’s vice-president, business development. “When we started doing business with them, they had three pieces of heavy equipment. We helped them grow that to over 50 band-owned pieces.”

Anderson says that SITE’s JV with Heart Lake adds value to the First Nation’s businesses and community by helping it become more self-sufficient and building capacity for the community. Heart Lake retains full ownership of the contracts for services with oil sands companies, so SITE is actually a subcontractor to Heart Lake.

“They contract with the oil sands company. We manage the contract,” Anderson explains.

“They adopt and use all our procedures—safety, quality control, etc.—because we have that in place. That makes it easier for Heart Lake because they don’t have to create these procedures and processes, and it makes it easier for our clients because they get seamless alignment. The client gets the same quality of work they would if we executed the full contract. It’s just that we have a partner that gets a portion of every dollar we generate, and the [project] owner gets what he needs on the community-involvement component. It’s a winning relationship for all parties.”

Heart Lake’s array of service offerings today is provided by 14 partnership companies. These include everything from earthworks and civil and environmental engineering to paramedics, camps and catering. With the exception of some logging contracts, all these businesses focus on the oil and gas industry.

“Our biggest operation is still Heart Lake Construction, which is partnered with Site Energy Services,” says Ken Staples, general manager of the Heart Lake Group of Companies. “Our second biggest is Heart Lake Industrial Paramedics. We’ve seen some significant growth with that. And the third is probably with Savannah Energy Services. We have two service rigs in partnership with them. We own 50 per cent of those two rigs. We’re looking at expanding that.”

Staples, who lives in Lac La Biche, has worked with Heart Lake for 13 years. He was originally seconded to Heart Lake by Alberta Pacific Forest Industries to assist in business development when the First Nation had just one company. As its breadth of service offerings has grown, he says that Heart Lake has built an understanding of what makes for a good partnership fit.

“What we look for when we partner with companies is management skills, capacity and, in almost every instance, the willingness to have Heart Lake as an active partner.”

Heart Lake’s foremost message to the industry is a business proposition: “We provide quality service at a competitive price.” The First Nation has worked hard to develop a good reputation and is now approached on a regular basis by companies that want to have a relationship.

Besides opportunities for gainful employment, training and business development, Heart Lake has another criteria. It looks for companies that have an interest in building the community.

The latter aren’t likely to turn into JV partners. On the other hand, those that support the cultural growth of the First Nation do well.

A little understanding goes a long way in aboriginal JVs.

“Our mandate in these JV partnerships,” says Tony Bagga, Heart Lake’s consultation director, “is to support the quality of life that fosters a strong sense of community and a meaningful attachment to the land while realizing benefits from development.”

The most important component of a successful oil and gas project in Heart Lake’s traditional lands, he adds, “is a positive relationship between Heart Lake First Nation and industry members.”

Heart Lake’s business success over the years grew organically through cash flow, like most other businesses. Reinvestment into more construction equipment generated more revenue, and as confidence and skills increased among the community, so did its appetite to take on more complex and demanding roles and business ventures.

“First Nations are now looking for long-term opportunities and even for management roles,” Popko says. “One thing is to build a facility. The next thing is to maintain the facility.”

A lot of oil sands construction projects fall short of providing apprentices the 10,000 hours they need to become a full-fledged trades journeyman. Some companies recognize this issue and are re-examining their construction contracts with an eye to tying in longer-term opportunities. This is welcomed by First Nations members as they complete journeyman tickets and work towards supervisory roles.

Mutual understanding of needs is driving this evolution. More aboriginal chiefs are seeing the value of doing JVs. They are aware that open and transparent leadership has been one of the main stumbling blocks to industry’s embrace of First Nations partnering in the past and are taking steps to clear the way.

“Everybody needs to know what the deal is, where the money goes, what the purpose of it is,” Popko says. “A lot of the bands have now set up business arms that are totally separate from the politics.”

Some of the most business-oriented First Nations—such as Fort McKay, Fort McMurray and Cold Lake—conduct their businesses under a separate economic development arm, which owns the band’s companies (as opposed to the chief and council owning the equipment). Money is earned and reinvested into the businesses through this body. 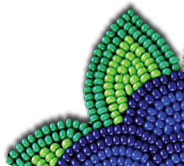